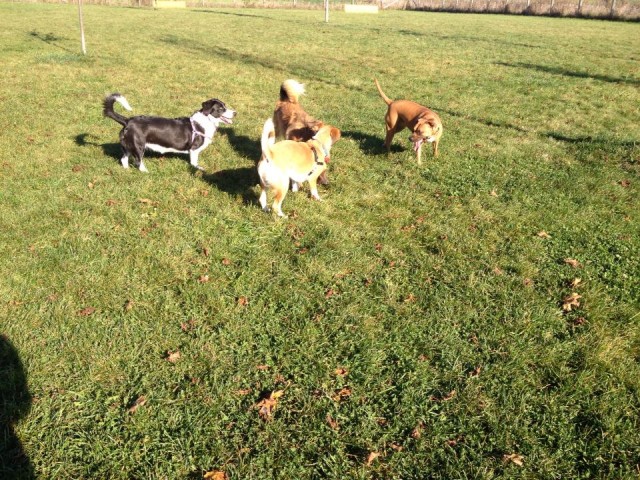 The lure of the dog park is inescapable. That wide expanse of lush, green grass. Trees, bushes and rocks everywhere. A high, wire mesh fence for added security. The scent of freedom in the air.

As inviting as the scene may be, it’s essential that both you and your dog pass the test in proper dog park etiquette before you even enter the grounds.

There may be no signs posted stating “BAD MANNERS WILL NOT BE TOLERATED,” but every well-informed dog owner knows what they are. 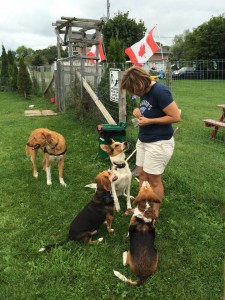 For those first time owners who have absolutely no clue, the following is a list of the most essential DO’s and DON’T’s of playing safely at the dog park.

DO keep your dog under control at all times and DO make certain that he always comes when called. Pity those poor owners standing helpless and hoarse, leashes dangling, treat bags drooping, while their own dogs dance off disobediently into the distance.

DO make certain that your dog has been properly socialized beforehand. What’s worse than watching an aggressive dog going after a timid dog, resulting in punishment for one and pet therapy for the other?

DO ensure that your dog is up to date on all of his vaccinations, is heartworm tested and parasite protected. Think about all of those tiny, unseen menaces lurking everywhere — including ticks, fleas and mosquitoes.

DON’T bring an unneutered or unspayed dog to the park. Picture the pandemonium that would ensue. Not to mention the potential for a litter of unplanned pups.

DO monitor the behaviour of the other dogs in the park and be alert to possible signs of trouble. Step into referee mode and start dropping penalty flags on the field if loose packs are forming, playing is getting too rough or bullying has begun.

DO be prepared to leave the park if it means avoiding a potentially unpleasant or dangerous situation. Whether it’s your dog’s fault or someone else’s dog, finger pointing is preferable to finger biting. But both should be studiously avoided.

DO be considerate of the other dogs and their – hopefully — considerate owners. Stoop and scoop up carefully after YOUR dog. If you don’t appreciate your dog’s nose sniffing at, or your feet slipping on, another dog’s droppings, you’re certainly not alone.

Forewarned, as they say, is forearmed. 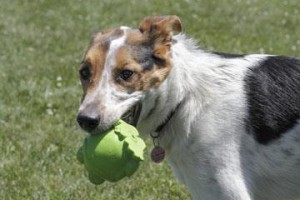 Ranger LOVES the dog park. He’s up for adoption.